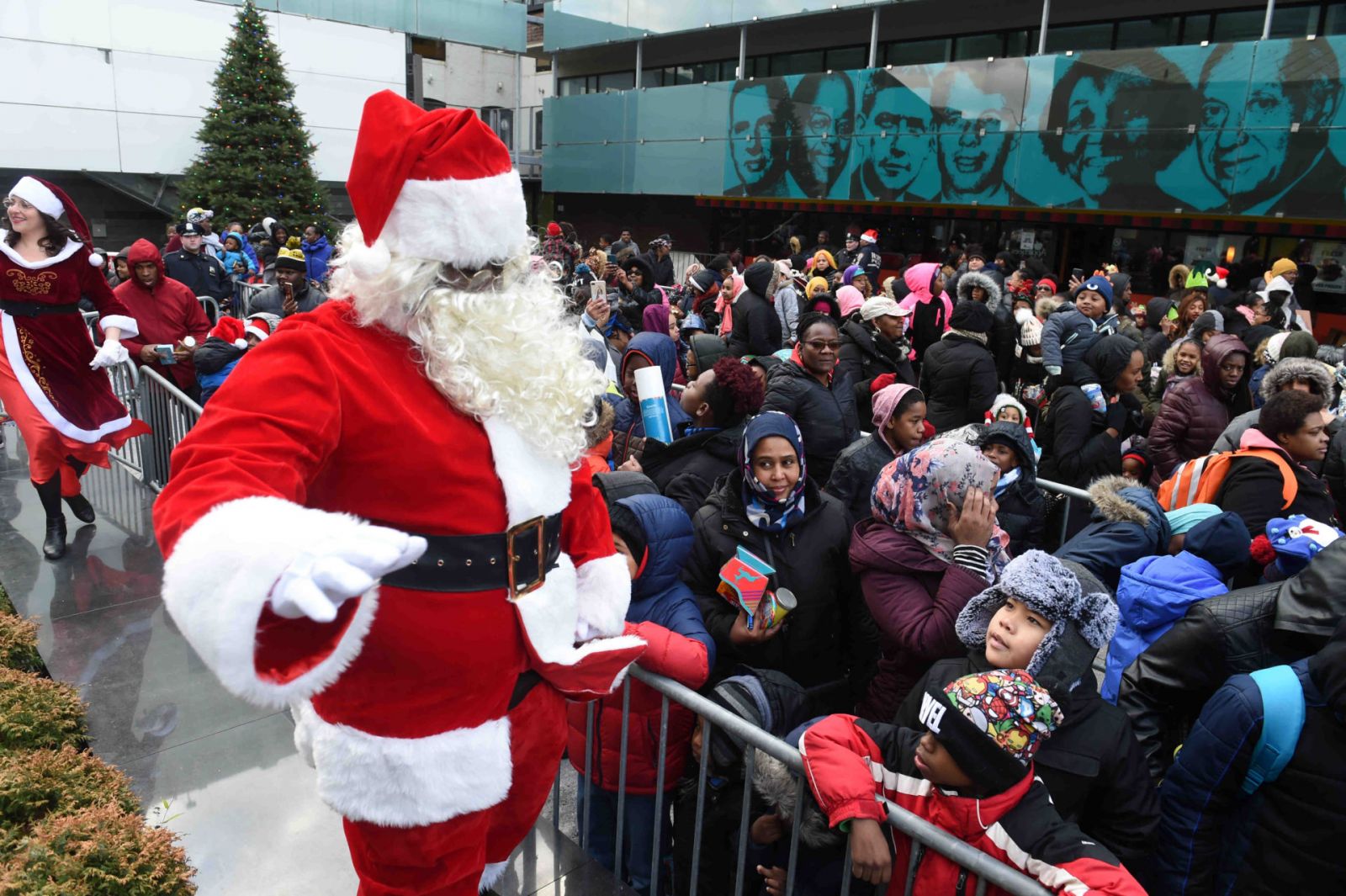 The NYPD is delivering tens of thousands of gifts to children in need all over New York City. They’re getting help from a little boy who hopes to join the force someday, CBS2’s Jenna DeAngelis reported Monday. Seven-year-old Jefferson Pesantez rode along with the NYPD and Santa.

“I’m happy,” he said because his lifelong dream is to become a police officer. “This is my partner in crime,” said Inspector Max Tolentino. “Jefferson is the acting chief of Community Affairs Bureau.”

Jefferson has a new badge and a new prosthetic arm that was recently gifted to him in his new home of Queens thanks to the community coming together. About five years ago, Jefferson lost his arm in an accident at a bakery in his native Ecuador.

During a tree lighting ceremony earlier this month, the Ozone Park Residents Block Association presented Jefferson with his new prosthetic arm. The group said the owner of the prosthetics company agreed to donate a new arm, along with all the services needed, for the next 12 years.

“I told Jefferson this does not define him, this defines him. Your heart defines you and that’s what we’re gonna do. We’re gonna work on your heart,” Tolentino said. “We’re gonna give out a lot of what?” “Toys!” Jefferson said.

Jefferson joined the force to assist with Operation Sleigh Ride and deliver upwards of 75,000 toys in just three days to underprivileged kids in every borough, including at the nonprofit Harlem Mothers SAVE. “NYPD letting the community know that they care about them, letting the community know that they’re not alone,” said Jackie Rowe Adams from the nonprofit.

“There’s no kid left behind for this Christmas,” said Det. Kaz Daughtry from NYPD Community Affairs. Mets pitcher Carlos Carrasco also lent a hand. “This is a really special day for the kids,” Carrasco said.

The toys were donated by organizations including the New York City Police Foundation and the First Responders Children’s Foundation. “At the end of the day, it’s about the spirit of the holiday. It’s what Christmas is all about,” said Tolentino.

It’s a holiday these kids and Jefferson, an honorary officer, will never forget. The NYPD said the Community Affairs Bureau will continue to help Jefferson and his family with resources as they settle in Queens.