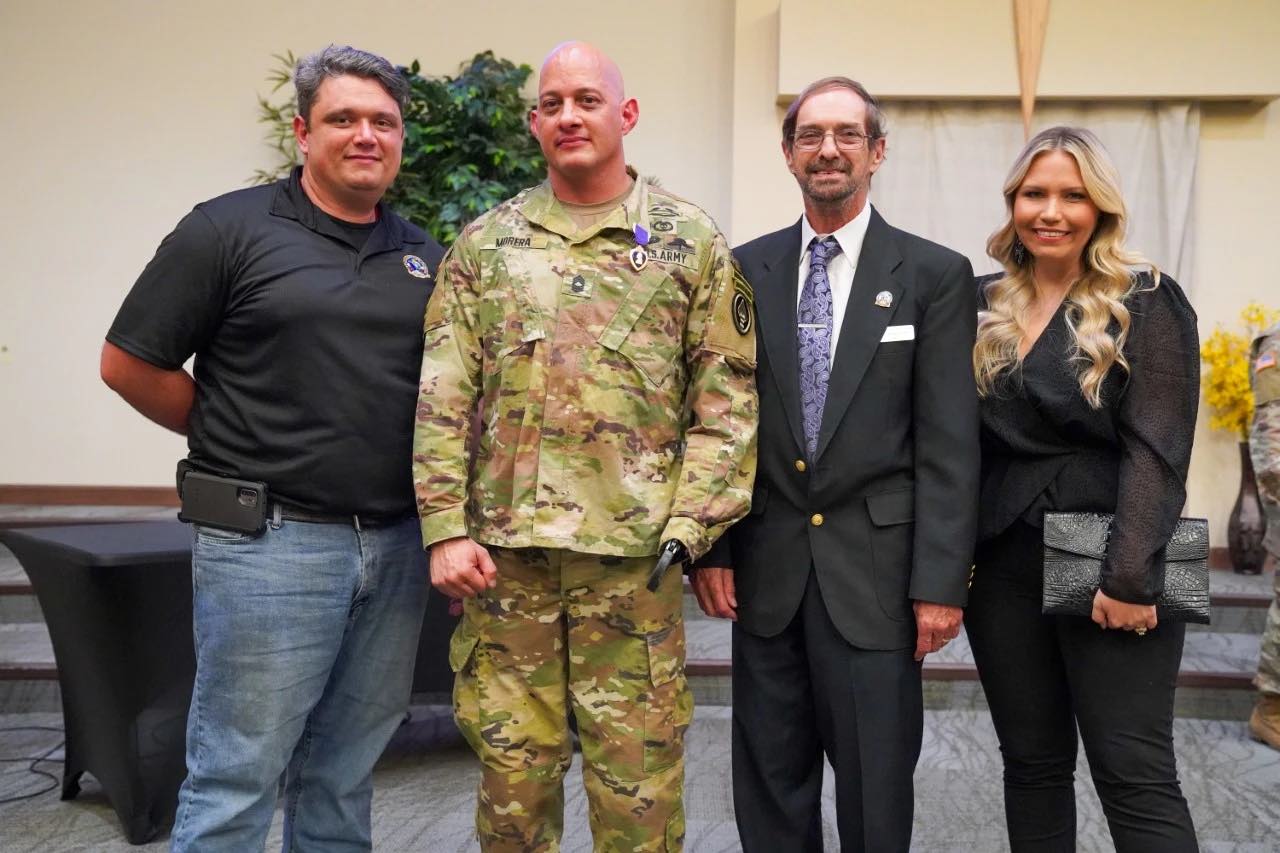 The City of Crestview honored a local Purple Heart recipient with a pinning ceremony on Wednesday, Nov. 10 at the 7th SFG Liberty Chapel at Eglin Air Force Base.

Master Sgt. Ivan Morera Jr., 7th Special Forces Medic, was deployed to Afghanistan in 2013, where he was one of the convoy drivers sent out to conduct a combat operation. The mission did not go as planned and enroute they were attacked by a Taliban insurgent. Morera was forced off the road resulting in his vehicle rolling four times. This was phase one of the ambush and phase two consisted of a detonation with many of the team being hit with shrapnel. As the driver of the rollover vehicle, Morera lost his left dominant hand.

‘Thank you for saving my country’: Bay Minette Elementary School students send thank you letters to veterans
Eighteen months after injury, he was back conducting his first Airborne operation and within the next five years was conducting Military Free Fall (MFF) operations. He is the only upper body amputee on MFF status and the only one-handed medic in the U.S. Military. He is a competitor in the DOD Warrior Games and represents SOCOM (Special Operations Command.) This yearly event is the military version of the paralympics and is represented by service members who have been wounded in combat, injured in training, or have fallen victim to cancer and other similar situations. In the 2021 DOD Warrior Games, Morera competed in indoor rowing where he placed first in the 1-minute row and second in the 4-minute row. He also placed 2nd in shotput, 2nd in the bench press competition, and shot a 167 out of 300 in archery.

Crestview City Councilman Andrew Rencich served alongside Morera. “No matter how rainy the day may be, Ivan always persevered and no matter the situation he was always humble and ready to teach,” Rencich said in a press release.

Morera’s military education and accolades include a Bronze Star (1OLC,) and an Army Commendation Medal (3OLC), along with the addition of the Purple Heart he was recently pinned with.